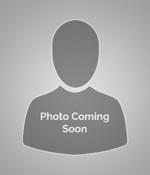 The City of La Salle appointed John Duncan as the Finance Director in August 2013.  John is a 1992 graduate of St Bede Academy and a 1996 graduate of Marquette University with a B.S. in Business Administration.